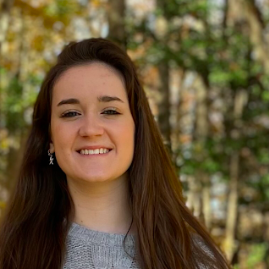 As prisoners are out of our sight, so they are out of mind—but should they be?

Few people think about the fact that our country has a very large incarcerated population. Most of us do not interact with them, since they are hidden away in prisons. We seem to have little reason to give them much consideration: they are in jail because they committed crimes, and that is the end of it.

However, this is a serious mistake on our part. Prison inmates are animals, or rather they are treated as such. They receive minimal or unhealthy food, are put under lockdown for extensive amounts of time, are often restricted from access to communication with family members, and endure many other hardships; in other words, they are put through a punishment that does not help solve the mental or spiritual issues that led them to commit these crimes in the first place. Naturally, this only perpetuates their behavior. The American justice system needs to exercise a benevolent discipline over this pointless punishment, so that people who have committed crimes can have a chance to recover, instead of continuing in this cycle.

Now, the idea of discipline does entail a kind of punishment; the categories seem to overlap. Let us examine the difference between discipline and punishment. Discipline has an added goal of growth in mind instead of merely reparations. The author of the epistle to the Hebrews 12:11 says that “all discipline seems painful rather than pleasant, but later it yields the peaceful fruit of righteousness to those who have been trained by it”: discipline can feel painful at first, but it trains you for a better path.

This is illustrated in Dante’s Divine Comedy, in which he outlines hell, purgatory, and paradise. In the Purgatorio, Christian souls are shown going through correction for specific sins that they struggled with, in order to cleanse them and make them ready to enter heaven. This purgatorial discipline is completely different from the punishment that nonbelievers undergo in the Inferno; in hell, there is no hope that they will ever get out. The only purpose of their punishments is retribution—reaping what they sowed on the earth. The Comedy says the following about purgatory: “This mountain is so formed that it is always wearisome when one begins the ascent, but becomes easier the higher one climbs.” Discipline is a difficult process, but it eventually begins to solve the problems and sin that caused the need for discipline, unlike a retributive punishment that will only harden the heart.

The degree of civilization in a society can be judged by entering its prisons.

We as humans cannot know when it is the right time to merely punish and not discipline, because it is never possible to know the destination of a person’s soul. God has the ability to save anyone, at any point in their life. Even if someone is by all appearances a despicable person, they can still be saved. This can be seen in the life of Saul, who was later renamed Paul: Saul was a persecutor and killer of Christians for years, but one day God stopped him in the middle of the road and convicted him. Paul went on to be an apostle of the Lord, to be constantly persecuted for his strong and outspoken faith, and to write much of the New Testament. God never gave up on him, even when Saul was persecuting the Lord’s own children. The Lord had great things planned for Saul, and he can still have great plans for incarcerated people today. If God can turn their lives around at any time, we should never give up on them either.

In John 13:34, Jesus says, “Just as I have loved you, you also are to love one another.” He laid down his life for us, a group of heinous sinners who did not deserve anything from him except to be condemned for eternity. If he can do all of that for us, we should in turn show this same love to our fellow human beings. Loving others does not look like putting struggling people in prisons and leaving them there to live empty, meaningless, stagnant lives. Loving others looks like fighting for their well-being. Loving others looks like treating incarcerated people like human beings—providing them with the means to live healthy lives, physically and spiritually. Quoting Jesus again, in Matthew 25:40-43, he outlines how important it is that we should care for the least of these, highlighting those in prison: “And the King will answer them, ‘Truly, I say to you, as you did it to one of the least of these my brothers, you did it to me.’ Then he will say to those on his left, ‘Depart from me, you cursed, into the eternal fire prepared for the devil and his angels. For I was hungry and you gave me no food, I was thirsty and you gave me no drink, I was a stranger and you did not welcome me, naked and you did not clothe me, sick and in prison and you did not visit me.’” This parable illustrates the love and care we are called to have for everyone, prisoners in particular.

Incarceration is rampant in our country, and most people are not informed about it; the first thing anyone should do in trying to combat this issue is to learn. Do not let the massive incarcerated population be forgotten. I John 4:21: “This commandment we have from him: whoever loves God must also love his brother.” We are called to love our fellow men even if it seems pointless at first. Their lives matter just as much as anyone who is living freely. Though incarceration is widely taken to be the solution to most crimes, as a mere retributive punishment, it is not the right answer. The US justice system has a duty to explore the benefits of a more loving approach, focused on helping those who have committed crimes.

Leah is a 17-year-old high school senior from Williamsburg, VA. She is currently considering Grove City College, among other small private schools, and hopes to pursue a marketing major. She is a competitive Irish dancer, and has been dancing for nine years; her other interests include baking, reading, and listening to music and podcasts.

If you enjoyed this essay, you might also enjoy our students’ contributions on topics like just war theory as applied to the Iliad or the code of chivalry in The Faerie Queene. And be sure not to miss out on our podcast, Anchored, hosted by our founder, Jeremy Tate.