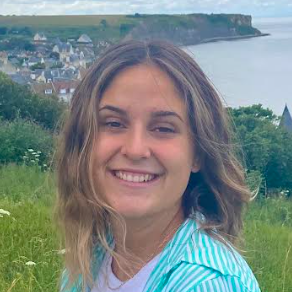 Most democracies prize freedom of religion, yet the Christian religion says, "Blessed are the persecuted." What is the Christian who lives in a democracy to make of this?

For churchgoers in the West, “cancel culture” is likely the most opposition they will ever face. Christians who sit in their pews weekly, access free worship music on their iPhones, and read their Bibles in public, censorship online may be their only exposure to persecution. However, while the afflictions Christians face in Western nations should not be minimized, there is a far more grievous reality of religious rights abuses and oppression of Christians all over the globe. It seems increasingly apparent that Americans are taking many of their religious rights for granted. In this piece, I will first analyze the duty of governments in this matter, and then the role that Christians in the West should play in bringing relief to those who face targeted abuse around the world.

Christian persecution may be defined as any discrimination or hostility against someone because of their belief in Jesus Christ. This encompasses much more than its most severe forms, such as beheadings, mutilations, and imprisonments, and does include the kinds of discrimination that can be observed on social media platforms.

The international community does have an obligation to combat state persecution of Christians; all governments have a duty to protect the freedom of religious groups (provided that the group in question is not harming themselves or others). Open Doors USA, a parachurch organization, estimates that one in seven Christians worldwide face extreme levels of persecution on a daily basis. 5,898 recorded Christians were killed for their faith in 2021, a 24% increase from the previous year; increased terrorism from Boko Haram, an Islamic extremist group, as well as the Taliban retaking the Afghan government, were fatal for Christians in Africa and Asia this past year. The Taliban obtained recordings and reports which identified Christians living in Afghanistan, then used government surveillance to track them down, often going door-to-door in this hunt. Additionally, over five thousand churches and Christian buildings were attacked or desecrated, which means both Christ’s followers and the places they gather in are targets for affliction. As jihadism began its infiltration of the Middle East, executions, abductions, sexual assaults, and the hunting of Christians increased. Religious persecution in Middle Eastern nations is exceedingly common, and rarely makes the front page as a result; despotic governments cover the tracks of human rights abusers, who shelter within the borders of these nations.

In light of these atrocities, many are left wondering why the West has not done more. Advocating for the rights of the persecuted around the globe ought to be included in Western agendas. The women’s rights movement is prominent in modern-day culture, yet the West’s efforts to end the persecution of Christian women remain insufficient. According to the Gatestone Institution, Afghani Christian women and girls may escape death but are often given to Taliban fighters as “spoils of war”—dehumanized, stripped of their dignity and autonomy through rape and trafficking.

Even from America’s founding, her first president expressed the desire, “to establish effectual barriers against the horrors of spiritual tyranny and every species of religious persecution.” If Western nations truly want to prioritize women’s rights, they ought to encourage allies in the Middle East and Africa to criminalize the suppression of peaceful religious groups, and to enforce consequences if these laws are broken.

In the world ye shall have tribulation: but be of good cheer; I have overcome the world.

But besides governments, individual Christians have a role to play in combating the horrors outlined above. They should not use Christ’s instruction to rejoice in the face of trials as a reason to avoid action in response to the global persecution of Christians. Sins of omission (failure to act) can be just as wrong as, if not worse than, sins of commission (unjust action).

Christians are indeed called to rejoice in the face of affliction, as it is a sign of the enemy’s fear; but the Bible does not instruct Christians to stand idly by and watch as a brother or sister in Christ is abused. Quite the opposite is true: Christians have a duty to “Learn to do good; seek justice, correct oppression; bring justice to the fatherless, plead the widow’s cause” (Isaiah 1:17). Those who persecute Christ’s children, persecute him. Justice ought to be in the hearts of Christians more than any other people group. It is central to the gospel. The writer of Psalm 82 pleads with God, asking him to “give justice to the weak and the fatherless; maintain the right of the afflicted and the destitute.” St. Cyprian of Carthage believed that “It is a persistent evil to persecute a man who belongs to the grace of God,” and Christians are called to combat evil, not ignore it. Again, Matthew 16 calls Christians to live with such vigor that “the gates of hell shall not prevail against [them].” God will make a way for those who are bold for him.

The U.S. has a moral duty to work against the violence plaguing Christians around the globe. However, until tangible reform becomes a priority to those who govern, believers can pursue various avenues independently to aid their Christian brothers and sisters. And it bears pointing out, despite human rights violations around the globe, Christ’s kingdom has been growing exponentially since His resurrection. In China, for instance, the number of Christians has doubled in the last twenty-five years. Every soul who has been disgraced in the name of Christ will be washed with eternal grace; these international heroes of the faith keep the flame of the gospel bright. Despite its enemy’s best efforts, the church endures.

Rebecca Phillips is a high school senior from San Diego, CA, who plans on pursuing a career in either national security or nursing. In her spare time, you can find her running, competing in debate, listening to classic rock and country music, or attempting to finish her ever-growing book list (on topics ranging from military special ops to St. Augustine).

Student contributions to the Journal come from students who have scored within the top 1% nationwide on their CLT. Well done, Miss Phillips! If you liked this piece, you might also like these essays on problems with utopianism and the debate about the true history of King Richard III, or these overviews of ideas like infinity and oligarchy and their roles in Western thought. And don’t miss out on our seminar series, the Journey Through the Author Bank.

Published on 18th November, 2022. Page image of The Martyrdom of Nagasaki, depicting a mass execution of fifty-five Catholics. This took place in 1622 under the Tokugawa Shogunate, which had outlawed Christianity in 1614; the anonymous painting dates toward the middle of the century, was probably created in the city of Macau (to which many Japanese Catholics fled), and may have been painted by an eyewitness.