Student Essay:
So Are They All, All Honorable Men 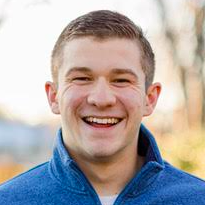 Shakespeare's Brutus is a study in façades.

Picture a pumpkin the week after Thanksgiving, which has sat there since before Halloween. On the outside, this pumpkin appears orange, plump, and solid; yet during disposal, it proves to be dark, rotten, and hollow on the inside.

In Julius Cæsar, Shakespeare presents us with the character of Brutus, a senator, and a most complicated character. He first appears as an exemplar of Stoic virtue. But later, by means of the character of Mark Antony, Shakespeare reveals the underlying backstabbing, tyrannical revolutionary within Brutus. Most readers analyze Brutus’ character based upon his purported love of Rome and of democracy, by which he rationalizes the murder of his friend Cæsar. Nevertheless, Antony’s analysis of Brutus uncovers his true motivation through his actions, arguing that the “honorable Brutus” persists only as a veil, hiding the true Brutus. He is possessed of moral ambivalence within conspiracy, displays unchecked ambition for influence, and arrogantly misjudges Antony.

The members of the conspiracy against Cæsar seek to legitimize the assassination, by disguising the coup as protecting liberty. Brutus joins the plot after temptation through sly words, which leverage his pride and ambition in the hope of personal advancement: “The fault, dear Brutus, is not in our stars / But in ourselves, that we are underlings. / Brutus and Cæsar—what should be in that ‘Cæsar’? / Why should that name be sounded more than yours?” In aligning with the conspirators, Brutus ignores Cæsar’s discernible character, leadership, and devoted friendship. While detecting nothing in Cæsar’s actions justifying the killing, Brutus distorts the real Cæsar with his fear of a hypothetical, tyrannical Cæsar. Mark Antony speaks to Brutus’ assumptions in his famous address:

He hath brought many captives home to Rome
Whose ransoms did the general coffers fill.
Did this in Cæsar seem ambitious?
When that the poor have cried, Cæsar hath wept.
Ambition should be made of sterner stuff.
Yet Brutus says he was ambitious,
And Brutus is an honorable man.
… I thrice presented him a kingly crown,
Which he did thrice refuse. Was this ambition?
Yet Brutus says he was ambitious,
And, sure, he is an honorable man.

While Brutus claims to act in the best interests of the Senatus Populusque Romani, in truth he pursues his own ascendancy and sets a civil war in motion. Addressing the people, Mark Antony spotlights Brutus’ ambivalence, which sacrifices his moral code, his close friends, and his very country to achieve his ends.

I fear I wrong the honorable men
Whose daggers have stabbed Cæsar ...

As the play begins, Antony detects Brutus’ discontent with his “underling” status. Brutus and the conspirators consistently claim to sacrifice Cæsar for Roman prosperity throughout; however, they disprove these claims through their actions and clandestine councils, and Brutus is the most ambitious of the whole group, seeking sole dictatorship over Rome. He regards the conspiracy as a vehicle for considerable public preferment. In truth it was Cæsar blocking the dictatorial aspirations of these senators that led Brutus to remove him, masking the murder under the guise of protecting Rome. Instead of following the path of Cicero—defeating their opponent with superior logic—the plotters choose to silence their political enemies. Mark Antony uncovers this desire during his funeral oration, and reveals to the crowd the true motive of personal gain behind the conspirators’ treachery.

Through this the well-belovèd Brutus stabbed.
And as he plucked his cursèd steel away,
Mark how the blood of Cæsar followed it,
As rushing out of doors, to be resolved
If Brutus so unkindly knocked, or no—
For Brutus, as you know, was Cæsar’s angel.
Judge, O you gods, how dearly Cæsar loved him.

The reader observes another of Brutus’ character defects in his treatment of Antony himself: namely, Brutus’ arrogance leads him to underestimate his enemies. Antony dearly loves Cæsar, becoming one of his most trusted confidantes and prevails as his heir apparent; but Brutus, overruling other members of the plot, claims that he remains insignificant to their plans: “And for Mark Antony, think not of him, / For he can do no more than Cæsar’s arm / When Cæsar’s head is off.” After the murder, Antony asks to speak at Cæsar’s funeral. Brutus acquiesces, rebuffing the concerns of his fellow conspirators. Antony begins promisingly with “Here, under leave of Brutus and the rest— / For Brutus is an honorable man; / So are they all, all honorable men,” but later, he shifts to:

Which all the while ran blood, great Cæsar fell.
O, what a fall was there, my countrymen!
Then I, and you, and all of us fell down,
Whilst bloody treason flourished over us.
… Kind souls, what, weep you when you but behold
Our Cæsar’s vesture wounded? Look you here,
Here is himself, marred, as you see, with traitors.

Instead of endorsing the murder as Brutus hopes, Antony’s oration incites the furious plebeians against the assassins, forcing them to flee Rome. Brutus’ arrogance prompts his misjudgment of Antony, and his overconfidence leads to both the conspiracy’s death and his own.

The reputation of Brutus as an “honorable man” is a mask, worn to camouflage interior moral decay, akin to the innards of a rotting pumpkin. From the beginning of the play, Brutus displays inconsistency between his actions and rhetoric; Antony recognizes this, and exposes him as a hypocritical, power-hungry, and cripplingly overconfident antagonist.

Ryan Brown is a homeschool junior from Fort Worth, TX. He has always been fascinated with flight, and was inspired by a biography of Nate Saint to channel his passion into an aviation-focused mission career; he is considering an aviation degree with the hopes of one day flying for Missionary Aviation Fellowship. In his spare time he enjoys flight lessons, competitive club swimming, and reading.

Top-scoring CLT students are eligible to submit essays, poems, and short fiction to the Journal. Congratulations to Mr. Brown on his excellent score! If you enjoyed this piece, you might also like this essay from another of our top students, examining the inverted theology hinted at in Macbeth. Be sure to check out our series on the history of ideas, too, including posts on everything from emotion to games to the state. Thanks for reading!