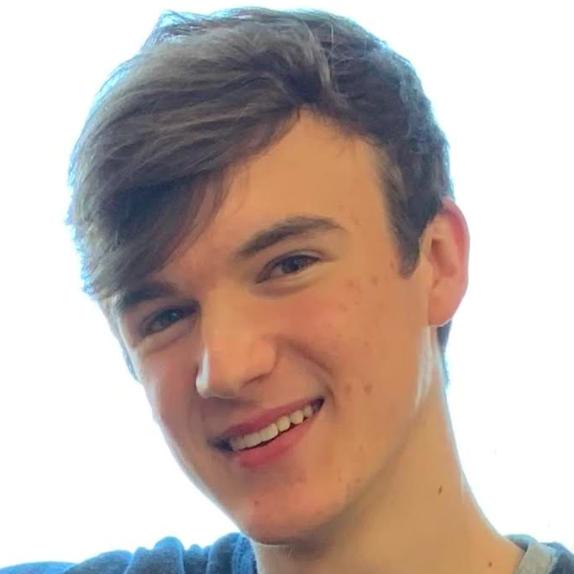 We're easily impressed by big systems and machines as examples of progress. But what if we're looking in the wrong direction?

More and more people nowadays are losing trust in large corporations to hold themselves to acceptable moral standards or to look out for their customers. Issues such as censorship occurring on almost all major social media platforms has forced some to seek refuge on alternative sites. Yet some, like myself, wonder: how long it is until those same platforms crumble under growing pressure? How can we be sure that they remain true to their principles, and also that they do not deviate onto other problematic paths? This is an important question if we are to preserve good and limit evil.

It is important to notice the differences between those leading these corporations and the average citizen. Why is it that the leaders commit acts that are unthinkable to the average citizen? Is it because they are inherently different? This is possible; a more likely reason for the behaviors of these public figures is that they have power. Power corrupts and blinds, and common sense further tells us that the more power, the higher the chance for, and degree of, corruption. A large amount of power gives a person the ability to get what they want if they are willing to ignore moral standards. Therefore, if we want to preserve the good and limit the evil that comes from the institutions that we depend on, we must either carefully pick our leaders and monitor them closely, or we must limit their power.

Cherry-picking leaders is, unfortunately, not a practical possibility. The average citizen does not care enough about this issue to carefully choose leaders; and even if they did, they might not choose just leaders. A way must be sought that preserves good and limits evil, even when society as a whole does not care to do this, or actively prefers evil.

The solution to this conundrum is decentralization: instead of one large institution having control over every user of a service, for example, many smaller institutions would have control over a smaller portion of the user base. This naturally limits the actual damage a person in power can do, because they have less power, and it also lowers the chance of corruption in the first place for the same reason. Decentralization does not guarantee the complete preservation of good and limitation of evil, but it does help further both of these goals. Additionally, when control over a product, tool, service, etc. is decentralized, it allows the users of the service to choose with whom they do their business. If instead of one giant supermarket there are ten smaller markets in my area, then I can choose whichever market meets my needs best.

Decentralized systems are the quintessential patrons of simplicity. They allow complexity to rise to a level at which it is sustainable, and no higher.

Decentralization can take many forms; it could appear like the example above with the grocery stores, or it could appear in the form of a network like Mastodon (a decentralized platform similar to Twitter, except each user gets to decide who hosts their account and therefore what rules they will have to follow). Another example from the tech world is open source software. This is software whose source code can be freely viewed, a trait most software does not have. The source code can even be modified by the user, so that the program performs actions not originally intended by the creators. (Most open source software still does not allow just anyone to edit the originally distributed file; users may edit the file they download for their own use, but not the “master” copy.) Open source software fulfills the ideals of decentralization because it allows users the freedom to use a program in the way they wish. If the open source project takes a different turn than what a user would like, they can change the code for the file they downloaded, and can even upload their edited program for others to download, as a “fork” that is separate from the original project. Thus, although the code for the original project is under the control of the creators, each user is free to edit the software they download and therefore use the service in the way they choose.

Decentralized systems can take many forms, but two characteristics they share are: first, that they give their users the freedom to choose from whom they receive a particular service on a much broader scale than we currently have; and second they limit the amount of power that a single person or group of people in a system has. Decentralized systems do come with their own hindrances—for instance, they can be less convenient and polished than their centralized counterparts. However, those same limitations also help prevent their hurting users through abuse of power. The preservation of good and limiting of evil makes these decentralized systems, in my opinion, worth the cost.

Sam Mayfield is a 16 year old Christian homeschooler from Four Oaks, NC. He is seeking a major in engineering or a related field, and is considering several colleges including Grove City, MIT, and NCSU. Sam loves to think analytically, develop organized systems for different things, and talk to friends; he also has a blog at pickleroot.com.

Each time we run the CLT, a selection of our top students from that test are offered the chance to write a post for the Journal. Congratulations to Mr. Mayfield on his excellent score! If you enjoyed this essay, take a look at some other contributions from our high-achieving students, on topics ranging from the role of STEM subjects in a classical curriculum to cultural models of womanhood in the Victorian era. Or to get a better handle on the great books and authors that we encourage our students to read, take a look at our series on the CLT Author Bank.