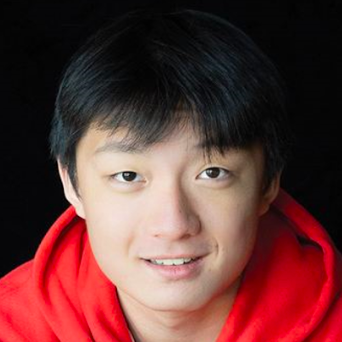 This poem is an imaginative rendering of the confrontation between Jesus and the demon Legion, as derived from Mark 5.

Of a man’s second birth and his savior
And of demonic intervention, which
Trapped that man in hellish deception and
Transformed his mind into hellish abyss;
Speak, Muse, of that strong man to whom iron
Met its equal and terror harvested
Inside whom life met death and compromised;
And of that humanoid demon horrid
By which graves revived and spirits gathered;
And of God himself, humanoid as well
Whom both angels and demons obey,
Who on this night across Lake Galilee
Sailed and repulsed Sleep’s power to venture
Onto Legion’s domain, guarded by one
Possessed man. Arrived, Jesus stood alone
To which Satan’s blind monk, fearful, began.

“Oh dreadful man, akin to no man, why
Hast thou invaded my humble abode?
Begotten Son, I desire nothing more
Than liberty from that immortal fire;
Smite me if thou willst, end this torturous life
And with me this man, worthy sacrifice.
Infinite power thy hands encompass
Who could forget that empyreal thunder?”
Thus Legion spake with deception abound
Exclaiming with suicidal intent
To provoke God’s heavenly rage once more.

To whom God’s Son thus replied without fail:
“Away you fiend, corrupter of life and
Return to thy damned comrades and fight
Those flames, to which thee belong; Legion, art
Thou that being whom art lonesome ever
To form thyself among other beings
And call thyself many? Depart from him
Now, before I send thee back into thy
Eternal lake.” And thus the Son spake and
Consumed with rage, shining with power of
The Empyrean, called with angelic
Voice the approachèd downfall of Legion.

But the fallen angel persisted with
Difficult, repeated pleads of feigned laud
At the feet of his Maker: “Jesus, Lord
Of Heaven and Earth, mercy! Art thou so
Cruel as to love Man indifferent to me!
I was once thy prizèd artificer
And obeyed thy word above all. But this
Man, this desolate, emotionless man,
Hath done nothing to prove his importance
Yet thou waste thy time to rob him from me.
But if thou must, take my home, and let me
Love the pigs across the hillside beyond.”

And Legion laid prostrate and clenched his teeth
Beneath the Lord Almighty’s glorious feet,
And the commander of angels thus replied:
“’Tis not the healthy that need doctors but
The sick? Tis not the rich that enter the
Kingdom of heaven but the lowly poor?
Didst thine own descended hero claim thus?
‘O had his powerful destiny ordained
Me some inferior angel, I had stood
Then happy.’ And here thou art inferior
Even to thy host. So I challenge thee:
Return to the Almighty under the
Name of Repentance and serve him always
Or return to thy Irrevocable
King and bluster thy failures among the
Pigs.”

And Legion heard his words and listened
But overcome with invalid pride
He thought not of submission and dived toward
The feet of the swine. And fury corrupted
The Corrupter as he inserted death’s
Curse in those blameless pigs, as when bravest
Achilles roused his unbroken soldiers
Under Athena’s will, and in their blind
Ignorance they met Inevitable
Fate, howling Greece’s final battle cry
As their souls departed to Hades’ House:
Such was the pigs’ fate, obey their envious
Parasite’s eternal longing of ceased
Life. And the Son of Man beckoned the free
Man to return to the city and share
His experiences. And God withdrew
From his ethereal realm of which Man
Knew not.

Joseph Cheng is 16 years of age, and lives in Naperville, IL. He wants to go into applied math to become an actuary scientist, and enjoys making music as well as playing a variety of sports.

All student essays, stories, and poems are contributed by students who achieved the highest scores on their exams. Well done, Mr. Cheng! If you enjoyed this piece, check out our series on the great ideas of history, or read more contributions from our top students.

Published on 4th August, 2022. Page image of a woodcut by Julius Schnorr von Carolsfeld for Die Bibel in Bildren (“The Bible in Pictures”), 1860.