Student Story:
I'm a Side Character,
And I Don't Like It 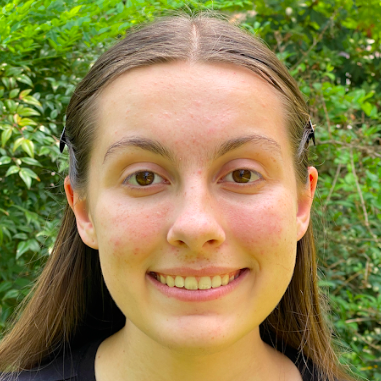 Importance is not always
where people look for it ...

Ealfred stood to the side of the dais, applauding with the rest of the crowd as Da’fan raised his hands in triumph. The sunlight glinted off the golden crown on his head, proclaiming to all who saw it that Da’fan was—finally—king. It had been a hard battle, and Ealfred was glad to have been a part of it.

Kind of. He was mostly just glad that it was over.

The ceremony dragged on for another few minutes as Da’fan stepped up to begin his coronation speech, but Ealfred let his mind wander to the events of the last few weeks. It seemed so long ago that he’d joined the quest to support the kingdom’s rightful ruler; so much had happened that even trying to recall everything would be impossible. Battles had been fought, he and his companions had grown—they’d even prevented an assassination. It had seemed like endless work; now they were reaping the fruit of their labor.

A conversation Ealfred had had with Elune stuck in his mind. You and I, she’d said to him, we’re not working for ourselves. Like in those stories: he’s the main character, the king, and we’re the people to help him along. Less pressure, yeah?

She’d thought it was a good thing, and Ealfred hadn’t dissuaded her. She was certain, but her certainty didn’t mean that her words comforted his own sense of unimportance in the slightest.

“Hey, old man,” came the voice of Sekalis, another of Da’fan’s traveling companions. “What’s clouding your face up?” She raised an eyebrow at him with a grin.

Ealfred blinked and came back to the present; the speech was over, evidently, and Da’fan was busy shaking hands. “I’m not that much older than you are, Sekalis,” he said, electing to ignore her question.

She shrugged. “Sure, sure. What’s up? This is supposed to be a happy day, after all.”

Ealfred sighed. It was no use hiding anything from Sekalis; she was just too persistent for her own good sometimes. “Nothing. It’s just …”

Her brow furrowed. “Yeah? We get the credit too. Plus, he’s the king.”

Ealfred shrugged. “I guess. But …” He sighed again. “I talked with Elune. She said that this was like a story, and that … oh, never mind. This story was about Da’fan, that we just finished. And I was stuck being a side character, only there because of him. But I don’t want to just be on the side forever. Why did he get to be the important one?”

Sekalis thought for a moment, head still tilted. “I think I get what you’re saying,” she said slowly. Sitting down on the white marble steps, she glanced up and motioned for him to join her.

Ealfred did. “So?” he said, irritated—irrationally, he knew, but the feeling was still there.

“You’re upset, because you think you’re only important because of Da’fan,” Sekalis said, in the reflective tone she always used when puzzling something out. “Right?”

Have you ever read a story about only one person?

“What does that mean?” Ealfred asked, frowning. “Of course it does.”

Sekalis shook her head. “Have you ever read a story about only one person?”

“If there was just Da’fan, there’d be no story to tell.” She waved her hand. “Look at him. He fits that role. But he’s only there because of us.”

“He may look important,” Sekalis continued, “but he’s really not.”

Sekalis grinned, turning her head to look him in the face. “Da’fan’s not even really the point of whatever story we were ‘in.’ Who’s he talking to right now?”

Ealfred followed her gaze and watched Da’fan shake hands and talk with his new subjects. “The people. Why?”

“Right.” Sekalis pointed at him. “He did all that for them. And you, sir, also did that all for them. For the people, and for the sake of the King who appointed Da’fan in the first place.” She glanced upwards to the bright blue sky. “Da’fan is the face of all the things we did, but he’s not the ‘main character,’ as you call him.”

Ealfred paused. That was … true. They hadn’t supported Da’fan because of anything he’d done, but because he was the rightful ruler. Because it was what the King had intended.

Could he live with that?

“We’re all side characters,” Sekalis said. She glanced at Ealfred and mock-swooned, flopping over onto the marble like a despairing love-struck maiden. “Oh no, whatever shall I do? Nobody will ever notice me, or care if I succeed or fail; I am doomed to a life of obscurity!”

Ealfred snorted. “You never take anything seriously,” he said, elbowing her in the shoulder. “But … thanks.”

“You’re very welcome,” she said, bowing to him sarcastically. “Now, are we going to celebrate this or not? We’ve fought enough!”

Ealfred grinned, standing up and putting a hand on the hilt of his sword. “Let’s go congratulate him. It’s been a long time coming.”

Sekalis hopped up, and together they walked towards their new king. Da’fan was the one they had served, and he was the one they should serve. He was the ruler, and that was how it was going to stay. They’d support him to death’s door.

Ealfred smiled. He could live with that.

Emma Thrasher is a 17-year-old high school junior who has attended Bradford Academy since kindergarten. She is passionate about books, music, truth, and most importantly the Biblical walk of a Christian. She hopes to become a published novelist and glorify God with her words. To find her online, go to her blog, Roses of Grace.

Student essays, stories, and poems are contributed by a selection of top-scoring examinees on each CLT. Congratulations to Miss Thrasher on her high score! To see more from our outstanding students, go here.