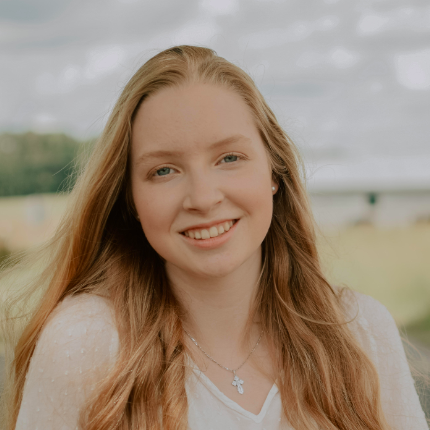 In this verse, the author of the book of Hebrews is reminding us of the city of which we are called to be citizens. It is not Jerusalem, or Rome, or Constantinople: it is the kingdom of heaven. On this earth, cities rise and fall like the waves of the sea; all is “mere breath,” and these cities are temporal and unsteady. We must not place our hope in things of this world. If we committed ourselves to an earthly city that might fall to pieces in the next moment, we would become the fool who builds his house on the sand. It is easy to be caught up in the cares and concerns of this world and to seek the earthly things; we easily forget the Kingdom which is to come. And a house right on the seashore seems so pleasant—think of the beautiful view! But the waves will beat on the shore and the sand will be washed away, and what are you left with? In all things, we must actively seek the eternal kingdom, built upon the rock that is Christ, and strive to grow into saints worthy enough to be called citizens of it.

Can pagan poets and philosophers help us appreciate the truth in this verse? It hardly sounds likely. They lived in a time before Christ was revealed to the world; what did they know about His promise of eternal life?

While it is true they lived before Christ, they were not completely estranged from Him. In John’s gospel, Jesus is described as the Logos, or the Word. It was through this Word that God created the world. We were created in the image of that very Word, and partake in Him through that image. Because we are in His image, we have reason (it is no coincidence that logos is the root of the word “logic,” as it is the Greek word for “reason” as well as for “word”). In other words, by being created in His image, we were given what St. Athanasius called “a share of the power of His own Word.”

That was the true Light which lighteth every man that cometh into the world.

Because of this, throughout the works of these pre-Christian thinkers, it is necessarily true that we find reflections and glimmers of Christ and of Christian thought. As St. Paul preached at Athens, “He has made from one blood every nation of the men to dwell on all the face of the earth, and has determined their pre-appointed times and and the boundaries of their dwellings, so that they might seek the Lord, in the hope that they might grope for Him and find Him, for in Him we live and move and have our being.” Speaking about the altar to the Unknown God, the apostle then goes on to quote a pagan poet to prove the truth of these words. These pagan poets and philosophers were all seeking after what we are; they simply might not have realized it in the moment. By virtue of being human, we are all striving to find the kingdom of heaven. The same longing for the kingdom we see present in the Gospels is there, “as in a glass darkly,” in authors like Homer, Æschylus, and Plato. Homer narrates in the Iliad a re-humanization of humans in the midst of the dehumanization of war: Achilles, possessed by superhuman wrath for so much of the story, recovers a sense of compassion and gives Priam his son Hector’s body. Æschylus imagines the spirit of law animating the city, transforming the vengeful Furies into the orderly Eumenides in the play of that name. But what is true law? It is God’s law, the law of love. And Plato—in every dialogue we see that Plato longs for the truth, he longs for wisdom and virtue. Ultimately all those things are found in Christ, and in him alone.

Alongside this, we may ask, what role do the fathers of the church play in this journey towards the kingdom? Having entered the kingdom before us, they provide the manual, the handy instruction book; they teach us how to train to become citizens. Our city, too, is that heavenly city, so we must follow the fathers of the church and seek after it until we have found it. Then our true humanity will be revealed, the law of God will reign, and we will be united with Christ forever.

Erika Kjendal is 17, and lives with her nine siblings in Cape Cod, MA. She is an Orthodox Christian and loves the sacred arts of the Church: she sings in her church’s choir and is enrolled in an iconography apprenticeship program. She also enjoys reading, writing, piano, and learning languages. Her favorite books are Plato’s Republic, The Brothers Karamazov, and Jane Eyre. She is considering New College Franklin and other small liberal arts colleges, with the hope of one day becoming a classical educator herself.

Each time we administer the CLT, the highest-scoring students are invited to contribute an essay or piece of creative writing to the Journal. Congratulations, Miss Kjendal! If you enjoyed this essay, be sure to check out our podcast, Anchored. You might also enjoy our series on the great minds of Western history, from Ovid to Aquinas to St. Thomas More to George Orwell.