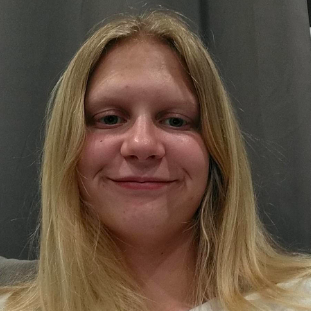 Under the form of gothic melodrama, Dickens paints a sobering portrait of the immense influence our families have upon our characters and, thus, our destinies.

Children are frequently described through their resemblance to family, usually the parents. This can be excruciating for the child! Still, the likenesses are undeniable; everyone has been shaped by their parents or guardians. Naturally, each parent-child relationship is unique. Some cultivate positive bonds and strive to emulate their parents; others recoil from them, and attempt to rewrite their future.

In Charles Dickens’ Great Expectations, positive parental influences are noticeably absent. The orphaned Pip is raised by his mercurial sister. Estella is adopted by the haughty Miss Havisham. Perhaps the only mutually beneficial parental relationship portrayed is between Wemmick and his father, the Aged (and even this relationship has an inversion of the normal dynamic: instead of the Aged caring for Wemmick, Wemmick cares for his elderly father). Instead of healthy relationships, Dickens depicts dysfunctional ones.

Some people maintain that parental relationships do not seriously affect their child’s future. To support this, they may provide examples such as acquaintances estranged from their families. However, this conclusion does not necessarily follow the premise. The examples they cite may appear unaffected, but merely be concealing difficulties. It is possible that they are unaffected, but such cases are so rare that they may be considered an anomaly. In Great Expectations, the lack of strong parental relationships shapes the behavior of their respective charges in three ways: Mr. and Mrs. Joe’s behavior towards Pip affects his emotional maturity; the values that Miss Havisham exemplifies affect Estella’s mental development; and the way the guardians in the story act towards others affects the children’s social interactions.

Firstly, let us consider Mrs. Joe’s behavior towards Pip. After Pip’s mother and father die while he is an infant, he lives in an unconventional household. Mrs. Joe, as Pip calls his sister, is determined to bring him up “by hand”. Bringing Pip up “by hand” involves constant lectures on what a burden he is, and harsh corporal punishment whenever he errs. In the novel she says, “It’s bad enough to be a blacksmith’s wife (and him a Gargery) without being your mother.” Although Joe is kind, he refuses to help his wife correct her behavior. Instead, he allows her to do as she wishes, fleeing to his shop when her fury is aroused. However, even his escapes cannot always save him from his wife. As Pip informs the reader, “knowing her to have a hard and heavy hand, and to be much in the habit of laying it upon her husband as well as upon me, I suppose that Joe Gargery and I were both brought up by hand.” Joe is merely a companion to Pip rather than a role model, and never provides him with a moral compass. This allows Mrs. Joe to harangue Pip without remonstrance from her husband. Her opinion shapes Pip’s self-image, causing him to doubt the validity of his emotions and feel superfluous guilt for his actions. As Pip becomes acquainted with Miss Havisham and Estella, who constantly mock his plebeian mannerisms, he begins to believe that the only way he can become acceptable is to rise in status and wealth: “I admire her dreadfully and I want to be a gentleman on her account.” However, Pip does not only want to please the Havishams. He also wants to prove Mrs. Joe wrong; Pip needs to assure himself that all the denigrating comments she made about his uselessness were false. Pip’s low self-esteem makes him crave acceptance and love from Estella, Miss Havisham’s haughty protegée, even though she emotionally abuses him. “‘He calls the knaves Jacks, this boy!’ said Estella with disdain … ‘and what coarse hands he has! And what thick boots!’” Pip’s self-image affects every decision he makes, and he continually second-guesses all his choices. Mrs. Joe’s constant condemnation and critique creates a toxic circle of doubt and regret that snares Pip for life.

Pause you who read this, and think for the moment of the long chain of iron or gold, of thorns or flowers, that would never have bound you, but for the formation of the first link on one memorable day.

Secondly, Miss Havisham’s values affect Estella’s mental development. Miss Havisham, a wealthy recluse, adopts Estella and provides her with every luxury money can buy. However, Miss Havisham is a bitter, scarred woman, clinging desperately to her past. Hoping to protect her adopted daughter from her fate, Miss Havisham cultivates independence and haughty disdain in Estella, attempting to protect her from heartbreak by making her the heartbreaker. “‘You must know,’ said Estella, condescending to me as a brilliant and beautiful woman might, ‘that I have no heart …’” And the young girl learns her lesson only too well; instead of protecting Estella for her true love, Miss Havisham molds her into an ice sculpture who believes herself incapable of love. Miss Havisham teaches Estella cruelty by repeating that one must either hurt or be hurt. Estella confronts Miss Havisham about this, saying, “‘I who have sat on this same hearth on the little stool that is even now beside you there, learning your lessons and looking up into your face, when your face was strange and frightened me’”? Miss Havisham forms Estella’s worldview, and Estella’s mentality is warped by how Miss Havisham feverishly nurtures her hatred for all men due to the few that have hurt her. Miss Havisham realizes the gravity of her actions when Pip confronts Estella and she confesses her decision to marry Drummle. This casts the futile and foolish nature of Miss Havisham’s instructions into stark relief. However, because Estella’s mind has been so influenced by admonishments against emotions, she refuses to acknowledge any possibility that she may possess them. “‘Why … do you reproach me for being cold?’”

Finally, their guardians affect the children’s social interactions. Miss Havisham is a misanthrope, interacting with others only when necessary. Her spectral figure, garbed in tattered gowns, repels inquisitive strangers and high-society matrons. Her eccentricities do fascinate servants and visitors, but those who ignore her appearance are dissuaded after discovering her resentment and manipulative nature. Estella notices these tendencies, and she too becomes manipulative, using her beauty and persuasion to influence Pip. “The kiss was given … as a piece of money might have been”. The lack of healthy relationships in Miss Havisham’s life is reflected in Estella’s rejection of relationships with people who truly care for her.

Pip’s social relationships, on the other hand, are more complex. Pip forms an obsession with Estella, seeing her as a possession he must purchase from Miss Havisham. To afford her, Pip fractures his relationship with Joe for his reputation. This removes one of his few positive influences, and Pip spirals. His relationships are characterized by doubt, unhealthy attachment, and regret. No matter the situation, Pip blames himself and tries to mend the mess alone, which invariably worsens it.

Without positive parental influences in their lives, Estella’s and Pip’s decisions hurt both themselves and others. Besides being good literature, this points to a genuine issue in the real world: fractured families are detrimental to child development. Because family dynamics shape the trajectory of the child’s life, the destruction of positive relationships should be an ongoing concern.

Anna Overbeek is a sixteen-year-old junior at Innova Academy. Her interests include music, reading, and cooking. Currently, Anna is considering studying English at Liberty University.

If you enjoyed this piece, &c.