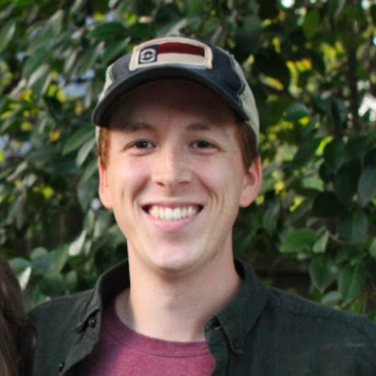 Few authors are less timely than Thoreau, and it is in this that he is most edifying to us.

Henry David Thoreau was born in Concord, Massachusetts in 1817. This eminent town, where the first shots of the American Revolution were reputedly fired in 1775, produced some of the most illustrious men and women of American letters of the nineteenth century, including Louisa May Alcott, Nathaniel Hawthorne, and Ralph Waldo Emerson. Thoreau, though little celebrated in his own time—he printed a few hundred copies of his now-famous works at his own expense, but sales were slow and the run was discontinued after a decade—would be numbered among these luminaries after his death.

His early years seem forgettable. He spent some time at Harvard College, where he refused to pay for his $5 diploma; he also had a stint as a school teacher, which was an ill fit for his disposition and temperament. After leaving professional education, Thoreau openly lamented his lack of the literary notability he sought; not even upon his return to Concord in the late 1830s, and his friendship with the increasingly-famous Ralph Waldo Emerson, did Thoreau’s place in American letters change. Instead, he acted as a help around Emerson’s house, receiving room-and-board in return and writing poetry in his spare time. He eventually found more plain, sustainable work in his family’s pencil-making factory, but the drudgery wore on him. As he sat in the shadow of the already-famous Emerson without any literary acclaim, he contemplated a life apart from society, freedom from the economic and social restraints of civilization.

So, in 1845 (one year before the start of the Mexican-American War), Henry David Thoreau ventured into the woods two miles from Concord, to spend two years and two months alone in a cabin, “in a house which I had built myself, on the shore of Walden pond,” earning a “living by the labor of my hands.” Thoreau’s time in these woods produced one of the most famous treatises yet written on nature: Life in the Woods, or Walden. Among other purposes in his time there, Thoreau sought to acquire humility through contemplating the grandeur of nature, a common pursuit of the Romantic movement in Europe and the United States.

In deliberate revolt against growing industrialization, which had begun to pick up steam in the mid-nineteenth century, American Romantics desired to promote a view of nature that did not see it primarily as useful, but subjectively and individually beautiful, albeit limited. Nature was not designed to serve man’s economic and comfort-oriented purposes, as industrialization implied (and some industrialists asserted). Rather, nature held the same “place” and “function” as God in earlier ages—the source and summit of goodness and the standard to compare ourselves with—albeit stripped of the personal aspects God possesses in Christian theology. Walden is draped with sacred language, always pursuing the good and beautiful with religious tones.

Thoreau’s purpose in venturing to Walden Pond and living an eremitic life for two years contrasts with the growing themes of industrialization—efficiency, profit, power. His desire to no longer “lay up treasures that moth and rust destroy,” and his craving after nature apart from civilization, was fast becoming a minority desire among the citizens of the young American republic.

Walden is not arranged chronologically, but topically. Notably, the work expands on the economy, sounds, solitude, winters, and springs that Thoreau experienced. The absence of noise, company, and money are palpable to the reader. In these absences, Thoreau recovers the language of all the small noises heard in the woods, and the economy of land and time that never ceases nor runs out. At the center is Thoreau himself and a deep exploration of the individual. The autonomous self as the lens to see all truth, order, beauty, and sanctity comes through Thoreau’s five senses and ultimately his writing. Throughout his work, the peace and rest of the place, reinforced by the habits he developed there, comes through like a melody from Thoreau’s pen.

Returning from Walden Pond in 1847, Thoreau re-entered an American society at war with Mexico. His quiet was exchanged for urban clamor, concerning both the war and the ongoing existence of slavery in the United States. Thoreau despised the war against Mexico—which concluded with the annexation of a truly gigantic swath of western lands, around half of what had hitherto been Mexican territory. Nor was Thoreau alone; it proved an increasingly unpopular war; the vague pretenses under which President Polk had declared it were challenged by a statesman of his own party named Abraham Lincoln. Moreover, abolitionists were alarmed by the prospect of a vast increase in US territory that would fall south of the Missouri Compromise line. All of this sparked public and private outcry against the President and his party.

Thoreau, himself a deeply committed abolitionist as well as an opponent of the Mexican-American War, delivered a speech touching on both subjects in 1848. This would, a year later, be published as his famous essay Civil Disobedience, known initially under the title Resistance to Civil Government. The war was over by that point, of course. However, the true impact of Thoreau’s essay came not in the nineteenth century but the twentieth. Both Gandhi, the voice of the Indian Swaraj movement that sought independence from Great Britain, and Martin Luther King Jr., the most celebrated leader of the American civil rights movement, were deeply impacted by Thoreau. King in particular asserted that Thoreau was his introduction to non-violent resistance, a technique which proved essential in establishing the credibility of the movement and awakening the conscience of white America. Thus did the peace of Walden Pond and Thoreau’s native love for justice spread his influence far beyond the little cabin outside Concord, and beyond his own century.

Thoreau’s legacy ebbed and flowed for a while following his death in 1862. That legacy seems at last to have been duly cemented, thanks in part to the work of men like Gandhi and King (and, no doubt, to the victory of the abolitionist cause in and after the Civil War). But more broadly, where do Walden and Thoreau himself sit among the great works, the great thinkers, the great conversation? Thoreau is at once in harmony with the classical tradition and antithetical to it: his pursuit of self is soaked in post-enlightenment philosophy, while his love for the good that nature offers hearkens back to the classical virtues and to reverend gods like Faunus and Ceres. In our own age of technology and noise, Thoreau is a reminder of the holy solitude and silence that can still be found on the paths of the woods.

Travis Copeland holds bachelor’s and master’s degrees in history, and teaches humanities at Covenant Classical in Charlotte, NC. When not writing and teaching, Travis aspires to a “Hobbit” lifestyle of poetry, gardening, baking, and conversation with good company around good food.

If you liked this piece, you might enjoy some of our other offerings here at the Journal. Mondays feature our ongoing series profiling the men and women of our Author Bank, from the wisdom of Sumer to the Southern gothic; we also have a series on the ideas of the “Great Conversation”—those great philosophical, artistic, scientific, and mystical concepts in which our intellectual heritage is expressed. And be sure not to miss out on our podcast, Anchored.